Is Docker with containers as an isolated application really the better alternative to virtual machines?

We’d like to answer this question with a simple “yes” or “no” and you probably already guessed it – it’s not that simple. You can read about how Docker works as a container-based technology and what the benefits are in our article “faster, better, Docker“. In this blog, we’ll talk about the differences between virtual machines and containers and help you get up to speed by describing useful terminology.

Containers are a simple solution for dynamically deploying and transferring applications in their respective environments, entirely without compatibility issues. Likewise, they are stateless, isolated from each other, and do not persist data if this is not desired. 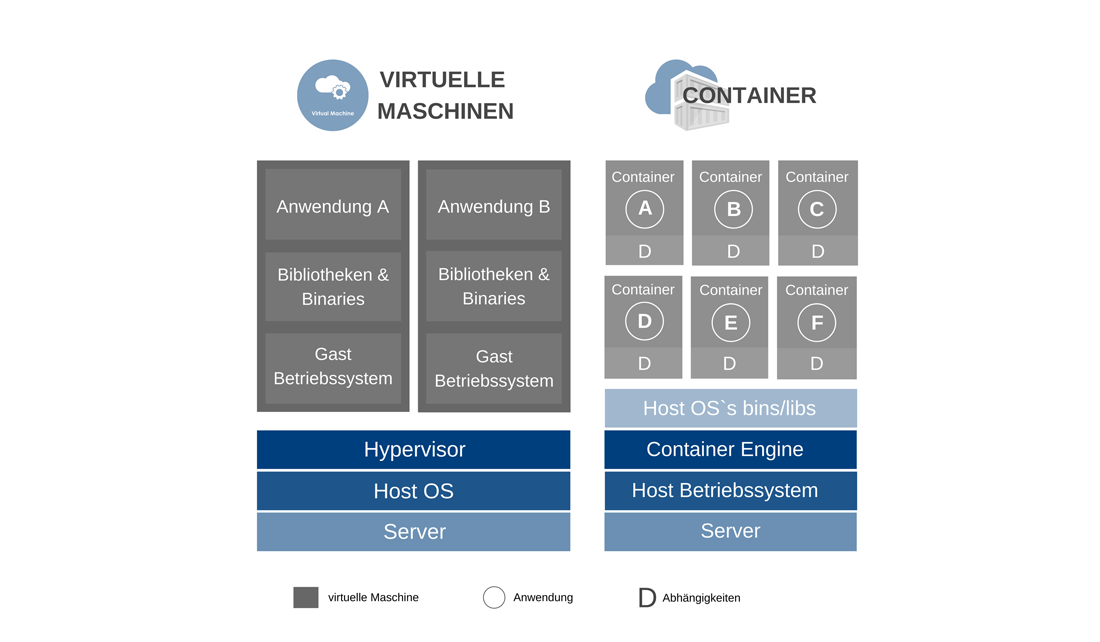 Virtual machines and container applications and their dependencies

The differences in the operating system

Virtual machines always run a complete operating system including the kernel. This demands more system resources, memory, and storage space. Docker, as a container type, on the other hand, only runs the necessary components of an operating system.

Containers can be configured so that only those services are included in the container that is necessary for running, for example, an app. More containers than virtual machines fit on a server.

Should the software become infected with a virus , virtual machines provide a high level of security. They allow isolation from the host’s operating system from other virtual machines. Containers offer somewhat less security here for the time being, as the applications are mostly isolated from the host and other containers in a simpler way. The emphasis here is on for the time being, because security can be increased, for example by the Linux kernel extension SE-Linux (Security-Enhanced Linux). This consists of a kernel patch and extensions for system programs and thus again ensures a high degree of security.

The main differences between virtual machines and containers 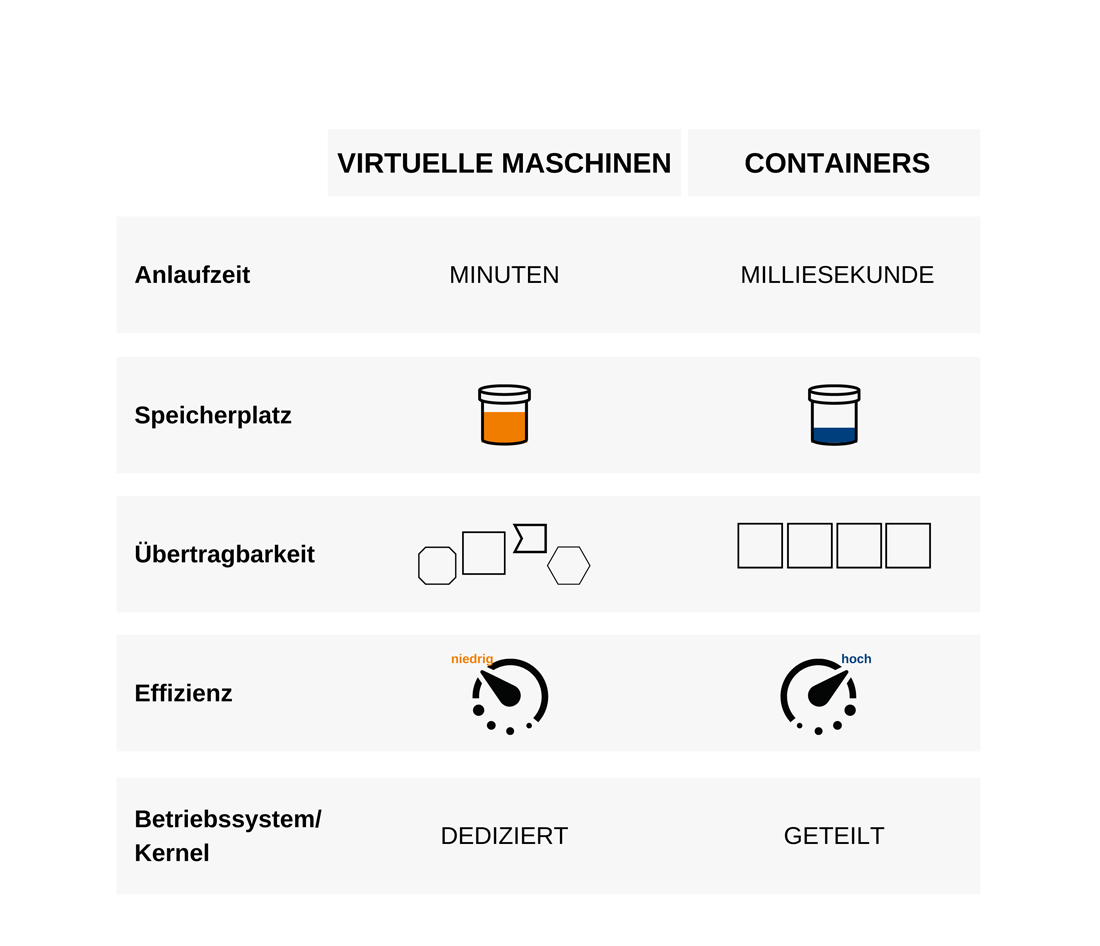 Now a question arises – do VMs still have their raison d’être at all, because we read many advantages that speak for Docker and containers? Lilli Kaufhold, Senior Data Scientist, has an answer to this and explains what part container-based technologies play in the everyday life of Supper and Supper.

At Supper and Supper, we use both technologies – Docker and also virtual machines. Our standard use case is to launch a virtual machine in the cloud and then deploy our services in Docker containers on those machines. Usually, the host provider (e.g. Azure or AWS) takes care of setting up the VM with a particular image. We don’t see the real hardware underneath. In my day-to-day business, I only actively manage Docker.

So virtual machines still play an important role and will continue to do so. They may just be less visible to the user in the future as they are integrated as a standard security measure.

As already announced, you will find some important terminologies here, which you will come across again and again in the area of container-based technologies.

A Docker image is a file that consists of multiple layers and is used to execute code in a Docker container. It is a set of instructions from which Docker containers are created.

A Docker container is a runtime instance of an image. It allows developers to package applications with all their components, such as libraries and other dependencies.

This is a text document that contains necessary commands that help to assemble a Docker image during execution. The image is created using a Docker file.

As we have now learned, Docker is indeed a good alternative to virtual machines, however, it makes sense and is still possible to rely on both technologies, as we did with Supper and Supper.

Do you have any questions, suggestions, or just want to say hello? Feel free to contact us via our contact form.

More about this solution