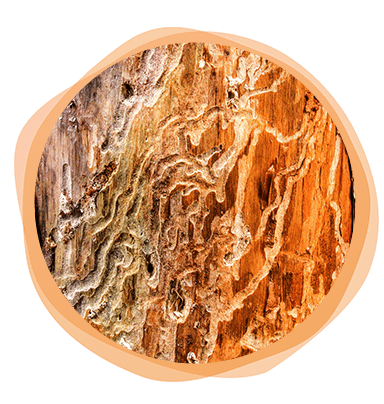 Bark beetle attacks destroy large areas of forests and became a serious threat for forest ecosystems. By that millions of euros costs arise in damage to the forest and timber industry. Mapping and monitoring infested trees helps to take countermeasures to prevent the beetles from spreading. This use case presents a scalable approach to train and apply neural networks within ArcGIS Pro to automatically detect and map dead trees in bark beetle infested areas. 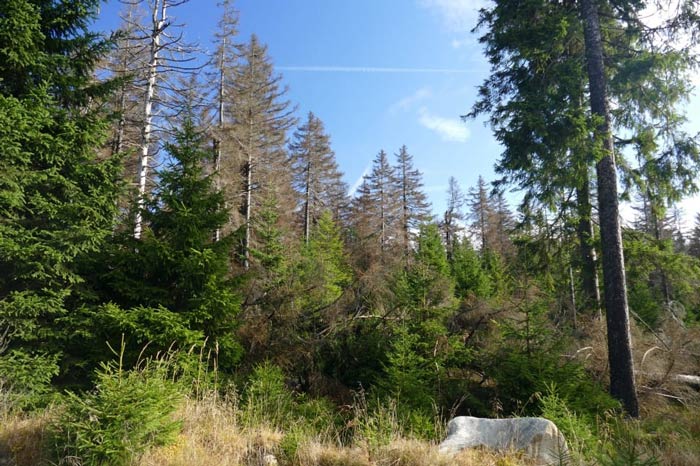 The aerial images cover an area of approximately 25ha of the Harz Mountains. They are geocoded RGBI images with a spatial resolution of 0.2m. Training data was generated on one part of the area to train a model and process the whole area with it. The training images were labeled for bark beetle-infested trees. To train a model the native ArcGIS Pro pipeline for Deep Learning was utilized.

To detect dead trees affected by bark beetles a neural network with the Fast RCNN architecture was used to generate a feature map. Training data is created using the latest features in the ArcGIS Pro application. The Python module arcgis.learn was used for data preparation, model training and processing. 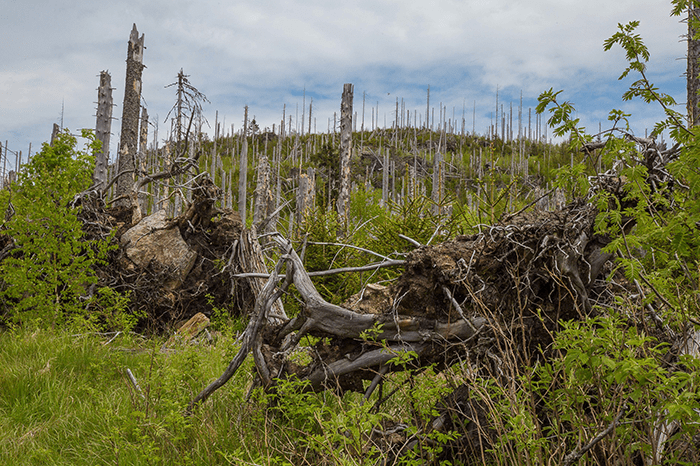 The trained model achieved 98.6% recall with respect to ground truth labels on certain test data images. With this model large forest areas can be analyzed fast and reliable to assist humans in monitoring forest health. By creating heat maps in ArcGIS Pro infection hotspots become clearly visible and the spread over several years can be visualized in a simple way.

The trained model is optimized for the specific forest and image data. For a better and more generalized model, training data from other parts of the forest or different forests could be added. Alternatively the same pipeline could be used to train specific models for other forest areas.