The aim of this project was to develop an artificial intelligence, that allows for a quick and accurate estimation of the number of people in diverse imagery. This tool can be used to conduct real-time tracking of people counts and distributions in crowded places.

The image data, that was used for training the artificial intelligence, consists of 1,198 images depicting crowds of people. In total 330,165 people were present in those images and their head was annotated as training labels. 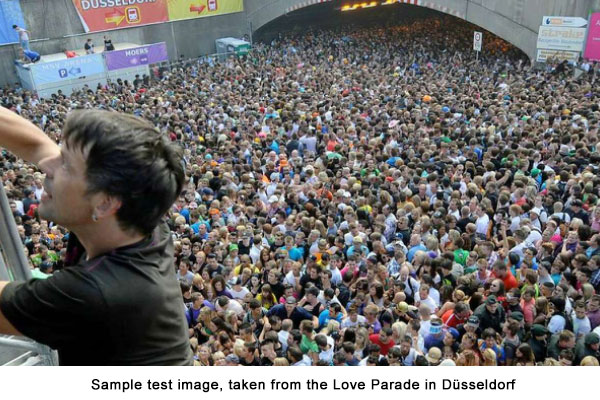 The main challenges in the crowd counting task are the many variations of appearance, perspective, illumination, crowd density and distribution. In terms of performance (speed and accuracy) traditional AI solutions for detecting objects in images suffer a lot when it comes to the detection of too many objects per image.

To approach the problem of varying crowd densities and distributions and the high number of objects per image, a density-based approach is considered. In effect, the prediction target of the AI is the density of people on a per-pixel basis. For this purpose a neural network architecture, called CSRNet, was implemented.

The developed tool is able to accurately estimate the number of people in large crowds shown in images. This can be used to do near real-time monitoring of crowds.

The concept of crowd count and density estimation and the derived tool can be extended to the use in a variety of applications. One example is the counting and the estimation of plant density of crops and vegetation in general, where large amount of planting / growing areas need to be monitored. The chemical and biological area has many potential applications, such as the counting and density estimation of cells or bacteria. 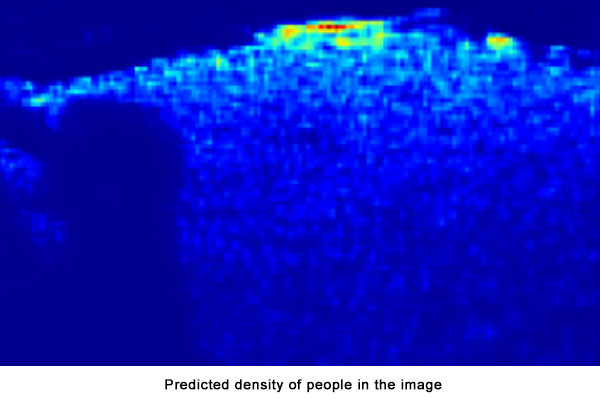